The Lowell Christmas Parade is the perfect opportunity to highlight your business or organization to our community and highlight the team you work with! There is no cost to participate. Parade registration opens in October of each year. 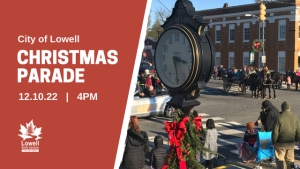